Why Does Meditation Seem to get Harder After a Few Years?

One of the questions that often gets asked by people who have been meditating for quite some time, so, for people who have been meditating for several years, for example, is: “Why does meditation seem to become more difficult after a certain period of time?”. And, there’s a number of possible reasons for this. So, this is something that can happen. It can appear to be that it’s becoming more difficult. And so, one of the reasons is because there’s a relationship between silence, and prana, in the body. And the relationship is that prana rises to meet silence. And as prana rises, it will start to release obstructions in the subtle nervous system. And when obstructions are being released, it can cause things to be thrown up. It can cause thoughts to appear in the mind, strong emotions to appear, strong memories to rise to the surface, and so on. 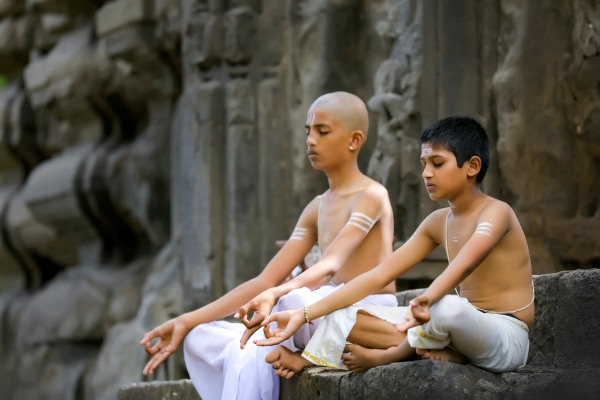 In the language of Tantra they talk about it as Shakti rising to meet Shiva. So, Shakti is always drawn towards Shiva. Shiva represents silence, or stillness, or pure consciousness, and Shakti represents the dynamic energy, or the transformative energy, or prana. And so, then we reach the stage where the mind is starting to enter quite deep samadhis, and there’s some stillness in the mind, inner silence present. Prana begins to rise to meet that, and then we’re having to deal with all these blockages being released, and powerful emotions and strong thoughts that just keep coming up to the surface. And these are often samskaras. The word samskara means “deep-rooted mental tendency”. These are things that are stored quite deeply inside the body, inside the subtle nervous system. And they tend to come up again and again, once they start to rise to the surface.

So, it can appear that meditation is becoming more difficult, or more challenging. It doesn’t mean that we’ve taken a step backwards. It doesn’t mean that we’re going backwards on the path. What it means is that we’re starting to deal with some of the stuff that’s maybe been repressed for years, and is now coming up to the surface and being cleared. So we’re still progressing, moving forwards at the same rate as we were before, but now we’ve got this additional challenge to deal with. And it doesn’t last forever. These things become cleared out. Even if they come up again and again for a while, eventually they become cleared, and they’ll stop rising to the surface. And so, this is a phase that we move through. Once we move through it, we start entering deeper states of samadhi, samadhi states that aren’t disturbed by these vasanas, by these samskaras, by these mental tendencies.

There is actually another reason why meditation can sometimes appear to become more difficult, after we’ve been practicing for a few years, and that’s because of drowsiness and sleep. Quite often, when we begin meditation, the mind is often reasonably agitated. The way that we normally live in the world, is in a reasonably agitated state, and we might not notice that, until we sit down to meditate. And then we notice that our mind is all over the place. There’s no peace there, there’s no stillness there. So, we begin meditation with the mind in a kind of agitated state. And then it can take quite a long time, it can take months, or even years, to begin to reach a point where the mind is becoming calm and still. But, then what can happen, is the body kind of says: “I know what this is, I know what this still calm thing is, this is going to sleep. This is what I do every night when I go to sleep.” So, the body then starts to go into a sleep state. And, one thing that can happen is dream experiences coming in, during meditation. So, we can go from a state where we were beginning to experience silence and stillness, and then we’ve got all this dream imagery appearing. And another thing that can happen, is that we actually literally fall asleep, or we keep nodding off. You know, we keep nodding off and waking up. And that can be quite hard. I remember a time when I was staying in a Buddhist monastery, and every morning we would meditate quite early, but there were so many people nodding off during meditation that it was, you know, there’s a lot of movement going on in the hall, heads nodding down and coming back up again. And it’s all over the hall that this was happening. So, this is another stage. And it’s a stage that people go through. So, once we go through that stage, then we come through it with more energy and more clarity.

So, both of these things are stages. You know, having a lot of prana being released, powerful emotions coming up, powerful thoughts coming up, that’s a stage. Or, on the other end of the spectrum, dream states coming, or falling asleep in meditation, that’s at the other end of the extreme. But they’re both stages, and we move past them both. And we can have one after the other. One can come first, and then the other one can come. Not in any necessary order. And so, we have to deal with these things. If we’re on the spiritual path long term, then we have to face these things, and go through them, and come out the other side. And in the language of yoga, the word rajasic is a word that’s used when there’s a lot of activity. And so the stage where we have a lot of things being released, a lot of thoughts, this would be a rajasic stage. And then tamasic is when things are quite slothful, quite slow moving, quite drowsy. So, that’s a tamasic stage of practice. And then sattva is a state of purity. So, once we’ve gone through rajasic experiences, we’ve gone through tamasic experiences, then we come into sattva, which is purity. And the path of meditation even takes us beyond sattva, takes us beyond these three states. So, you know, don’t despair if these things are happening to you. Just see them as stages on the path, and let them run their course. Continue meditating and you’ll move beyond them. 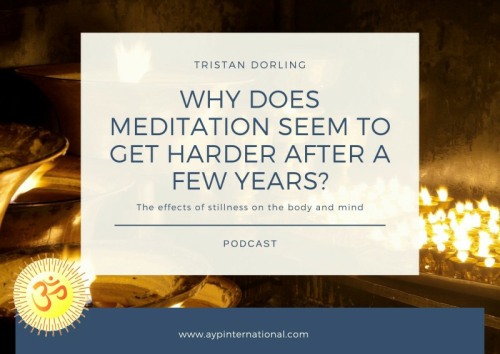