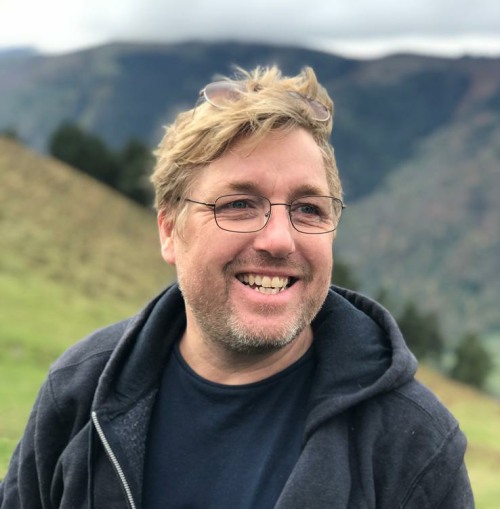 Tristan first entered sahaja samadhi at the age of 12 whilst on holiday with his family in Wales. He took up meditation practice the following year, meditating on the nature of infinite space and infinite time.

He began the practice of yoga asana in 1985 at school when he was 16 years old. At the age of 19 he travelled to the Himalayas to live in a Mahayana Buddhist monastery. This was really his first introduction to the higher teachings and to the spiritual life. He had his first awakening experience a year later, after a meditation retreat in a Buddhist cave monastery in Thailand. He experienced the awakening of kundalini the following year, in 1991.

He discovered Advanced Yoga Practices (AYP) in 2005 and began the practices of Deep Meditation and Spinal Breathing Pranayama at that time. Over the next 5 years he experienced the opening of the crown chakra.

He started teaching yoga and meditation in 2006. He now teaches on retreats and yoga teacher training courses, and specializes in the teaching of meditation, pranayama, kundalini and self-inquiry (jnana yoga).

Some of the most influential teachers in his life have been Amritanandamayi (Amma), Ajhan Amaro, Ajahn Succito, Swami Sri Hans Raj Maharajji, Tapkay Lama and Yogani. The yoga he teaches is integral, incorporating all eight limbs of yoga, as taught by Sri Patanjali in the Yoga Sutras. His focus is as much about spiritual purification and self-realization, as about the physical aspects of yoga.

A Personal And In-Depth Interview on Tristan's Spiritual Journey:

READ MORE
The next AYP Yoga Teacher Training Course will be taking place in Thailand during September 2023. Full details are here.
More Information Opens in a new tab